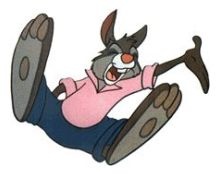 Jack Thompson has announced he has been given the single greatest gift of his career via a show cause order from the Florida Supreme Court over his ongoing abuse of the legal system.

The order, a copy of which Thompson sent to GamePolitics , says that as a result of his penchant for submitting frivolous and inappropriate filings, Thompson must "show cause on or before March 5, 2008, why this Court should not find that you have abused the legal system process and impose upon you a sanction for abusing the legal system, including, but not limited to directing the Clerk of this Court to reject for filing any future pleadings, petitions, motions, letters, documents, or other filings submitted to the Court by you unless signed by a member of The Florida Bar other than yourself."

Along with the forwarded filing, Thompson attached an email claiming the order was the "single greatest gift any court has ever given (him)," adding, "I shall now, through a new federal lawsuit, deconstruct The Florida Bar."

Norm Kent, a Florida-based attorney and Thompson lightning rod, said the move represented the end of the line for controversial anti-videogame crusader, citing the warning given to him by the Supreme Court in April 2007. But in his reply to the Supreme Court, Thompson indicated he would not go quietly. "This court has threatened Thompson. He does not threaten back," he wrote. "He hereby informs this court that he will see it in federal court. This court has just thrown Brer Rabbit into the briar patch."