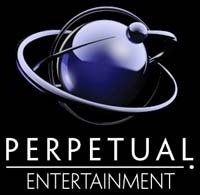 Multiple sources close to the company came forward late last night to confirm the story, though no official announcement has yet been made.

P2 recently laid off the vast majority of its work force after opting not to continue developing Star Trek Online, and were embroiled in a lawsuit with Kohnke Communications, their PR representation, over back pay owed; they settled out of court. Before it changed its name to P2, Perpetual Entertainment laid off staff and stopped production on its first MMOG, Gods and Heroes, late in the development cycle.

We were unable to reach P2's management for comment.