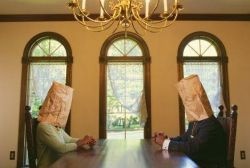 While the Australian government is finally giving consideration to the need for an R18+ videogame rating in their country, gamers Down Under shouldn't expect action on the matter anytime soon.

Updates to Australia's current videogame classification system are due to be discussed at the next meeting of the Standing Committee of Attorneys-General on March 28, but according to a CNET report, a spokesman for Home Affairs Minister Bob Debus has cautioned that no actual decision on the addition of an R18+ rating was likely to result. The meeting is instead simply a chance to bring forth research on the topic, which was originally commissioned in 2005.

"Usually these things move pretty slowly at these meetings," the spokesman said. "It can take years for things to go through. I would imagine Victoria would just present these materials and the states would go away and have another think about it until the next meeting."

Some politicians in Australia have actually expressed doubt about the need for videogame ratings beyond MA15+. Joe Ludwig, the Minister for Human Services in the Labor Government, said last year, "While I understand that many in the community desire the addition of an R18+ rating for videogames, the Federal Labor Party does not believe that there are any fundamental problems with the functioning of the classification system in Australia and, as such, we do not currently have any proposals to work with state governments to introduce such additional ratings for videogames."