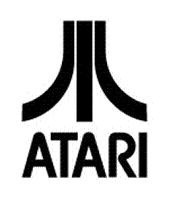 Infogrames Entertainment S.A. has announced its intent to acquire the remaining outstanding shares of Atari Inc.

The non-binding offer, made via a letter to Atari, amounts to $1.68 per share of stock it doesn't currently own, according to GamesIndustry. Atari's final price on the Nasdaq as of March 6 was $1.66 per share. The company said a special committee of the company's board of directors would thoroughly evaluate the proposal.

Infogrames already owns 51 percent of Atari Inc., a North American videogame publisher who licensed the famous Atari name from Atari Interactive, a wholly-owned subsidiary of Infogrames. The move to increase ownership of the company follows the recent comments of new Infogrames CEO David Gardner, who said a key component of turning around the troubled publisher would be making more effective use of "this famous brand." Phil Harrison, who left his position as head of Sony Computer Entertainment Worldwide Studios to assume the role of Infogrames president, is also expected to figure prominently in Atari's future.