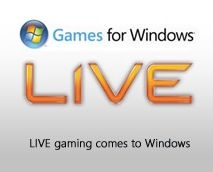 In an interview with Eurogamer, Unangst said Microsoft has learned a lot over the past year, including the need to be more clear about the cost of the service. Silver level accounts are free, while Gold level subscriptions are available for a fee but are only necessary to play cross-platform games, he said, adding, "We were not as clear as we could have been. People assumed we were trying to bring the Xbox model over to the PC, which we were not."

Unangst addressed criticisms regarding the lack of a Marketplace and other features available on Xbox Live, saying he thinks the cost of a Gold account is reasonable "to play with my friends on the games I care about," but also promising more from the service in the future. "It's really only been ten months on the market," he said. "We had to build from there, and I think you'll see more things from us in the future."

"One, we need to make it clear you don't have to pay to play," he continued. "Two, I do think we need to add more value, and communicate to users the other things we could do on the PC to get them excited and make them think paying might be worth it. There may be more things we add for free, too. There's no reason we have to charge for any innovations we're going to do... We've heard the feedback and we're going to move ahead."

"You can be confident we want to enable things like digital distribution, the ability to do downloadable content for games," he said. "That's a direction we're definitely headed in."