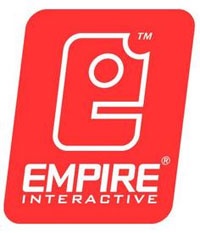 Empire Interactive is bringing a new crime detective adventure to the Nintendo DS.

The game, Unsolved Crimes, is set to debut in the second half of the year and is being developed by Now Production. In this adventure title a young rookie detective has to solve the kidnapping of a model. It is set in 1970s New York and will make use of the DS's dual screen design to let you move about the game world as you use the stylus "to trace marks, routes and memos on suspicious items discovered at crime scenes."

Additional features of the game include solving eight other independent cases as well as engaging in five action games related to the kidnapping.

"Unsolved Crimes will be an exciting new release for Empire in 2008, and one we believe has huge potential," said Ian Higgins, CEO of Empire Interactive. "With the consistent popularity of crime-based TV shows, similar crime-themed gaming titles are showing up as chart winners on Nintendo DS. We look forward to similar success."