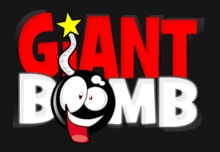 Gaming blog Giant Bomb is exploding onto the scene with support from one of the industry's most scandalous journalists, Jeff Gerstmann. Gertsmann, who was fired from his position as Gamespot's Editorial Director, claims that "the site is going to blow your mind."

So let me start by telling you what Giant Bomb is, and then I'll briefly touch on what Giant Bomb will become. Right now, we're opening up this blog, where myself and others will be writing about games, covering them in much the same way I've been doing on my personal blog for the past three months. Sometimes it will be off-the-cuff, sometimes it will be reasoned and well-thought-out. We'll review games here, and we'll talk about upcoming stuff, as well. We'll occasionally chime in on the news that surrounds the game industry, both here in print, and in our podcast, which will grow out of the Arrow Pointing Down podcast that I've been doing with Ryan Davis for the past few weeks. Yes, we will still continue to speak our minds on the latest happenings in the beverage and snack food industries. Don't you worry about that. We'll talk about games there, too. Surprise!

Along with the current blog which dominates the site, the development team is working on "a robust, feature-filled website", the creation of which is being documented in their "How to Build a Bomb" video series.