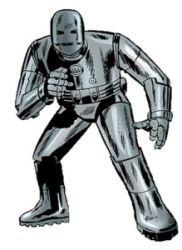 An industry analyst has suggested the upcoming launch of Grand Theft Auto IV may disrupt the theatrical release of the Hollywood blockbuster Iron Man, which will occur just a few days later.

Mike Hickey of Janco Partners said Take-Two's long-awaited game, which will hit shelves on April 29, could negatively impact ticket sales for Iron Man, which opens on May 2. The runaway success of Halo 3 in September was blamed by some Hollywood executives for poor box office numbers that month.

"The last significant videogame release, Halo 3, generated over $300 million in sales from its first week in the market," Hickey said in a Next-Gen report. "Halo 3 was released on just one platform, the Xbox 360, and attached nearly 50 percent of the installed base. GTA IV will be released on both the Xbox 360 and PS3, which have both significantly increased their installed bases since the release of Halo 3."

"A GTA IV 25 percent attached rate to a combined Xbox 360 and PS3 installed base at its April 29 release would imply 5.8 million units sold or roughly $360 million in retail sales in the first week of the game's release," he added.