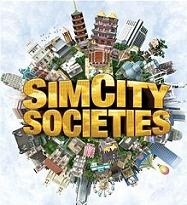 "I also thought [his review] was very amusing," Cohen revealed. "He's a very amusing fellow. I do enjoy the Zero Punctuation."

Croshaw's biggest beef with the gameplay was the lack of strategy involved in managing your city. Three new patches and the expansion SimCity Societies Deluxe aim to solve this issue.

"We actually addressed... a lot of what he said was 'where is the push back? Where is the strategy game?' That's been added. I think if he played it today, with the three patches, he'd have a different opinion," explained Cohen.

This, he hopes, will improve player response to the title. He added, "One of the things we want to do with Deluxe, when it comes out, is ask reviewers to re-review the game."

Gallery of the Day: 8 Simulators That Don't Exist, But Should DrStrangelove 10 Comments