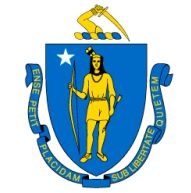 The state of Massachusetts is holding hearings this week into a bill that would restrict the sale of violent videogames to children.

GamePolitics describes House Bill 1423 as closely resembling a videogame law in Louisiana, drafted with the assistance of Jack Thompson, which was struck down as unconstitutional in late 2006. The bill seeks to have violent videogames legislated as "harmful to minors," which would then prevent their sale in the same fashion as pornography.

The bill would update the "harmful to minors" definition as, "Matter is harmful to minors if it is obscene or, if taken as a whole, it (1) describes or represents nudity, sexual conduct or sexual excitement, so as to appeal predominantly to the prurient interest of minors; (2) depicts violence in a manner patently offensive to prevailing standards in the adult community, so as to appeal predominantly to the morbid interest in violence of minors; (3) is patently contrary to prevailing standards of adults in the county where the offense was committed as to suitable material for such minors; and (4) lacks serious literary, artistic, political or scientific value for minors."

An aide to Boston Mayor Thomas Menino, a strong backer of the bill despite the fact that similar legislation has been struck down in every state in which it's been enacted, told the Boston Herald, "Children aged 17 and under should not be sold this stuff, so they are not getting into the hands of 9- and 10-year-olds. Is it going to be an uphill battle? Sure. But it's absolutely a battle that the mayor feels he should take on."