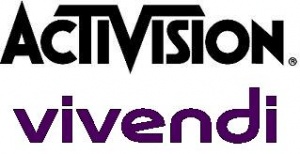 The future of Vivendi Games is said to be "quite uncertain" following the Activision merger, as Activision begins to assert control over the direction of the company's game publishing business.

Sierra, Vivendi's publishing label for standard PC and console releases, will have to receive clearance from Activision management for any projects it undertakes once the merger is complete, according to Ben Fritz of The Cut Scene. Even though Vivendi holds a majority stake in the newly-merged company, current Activision CEO Robert Kotick is retaining his title, as is current President of Publishing Mike Griffith.

While World of Warcraft developer Blizzard will be left essentially untouched by the deal, the rest of the Vivendi-owned game properties will now have to operate through Activision, which may not give priority to "outside" projects. "Activision obviously made the deal to get its hands on the biggest MMO, and really the biggest game, in the industry," Fritz wrote. "Everything else is basically an afterthought. Which leaves all of those making the afterthoughts in an uncertain position."

Games set to be released this year are far enough into their development cycles that they won't be interrupted, but anything slated for 2009 or later is questionable. Potential victims of the merger include the Bourne game license, which may conflict with Activision's James Bond license, a possible Scarface sequel, the continuation of the F.E.A.R. franchise and future Crash Bandicoot or Spyro releases. The fates of the Sierra Online and Vivendi Mobile divisions may also be up in the air.

Activision's approach to its future dealings with Sierra were first hinted at in a December 2007 SEC filing, in which the publisher said Sierra and its studios were "not yet generating an acceptable rate of return," and said it would "evaluate the Sierra businesses through our normal business and greenlight processes to maximize the long term value creation potential."