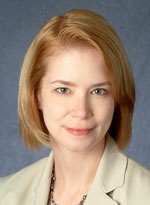 38 Studios has announced Jennifer MacLean, former Vice President and General Manager of Games at Comcast, as its new vice president of business development.

MacLean will take on responsibility for developing the company's business opportunities, industry relations and product distribution, reporting directly to President and CEO Brett Close. She is also the incoming Chair of the Board of Directors of the International Game Developer's Association, and was named by Next Generation as one of the industry's 100 most influential women.

MacLean, who holds a BA from Johns Hopkins University and an MBA from Columbia, began her career at Microprose, where she worked on titles including The Ancient Art of War in the Skies, Sid Meier's Civilization and Master of Orion. She moved on to become Senior Project Manager at AOL, responsible for over 35 individual game titles, and eventually rising to AOL Games Programming Director. At Comcast, MacLean's responsibilities included developing the company's interactive entertainment strategy, as well as negotiating and managing business partnerships with Electronic Arts, Major League Baseball, Fox Sports, Real Networks, Oberon Media and Microsoft.

"38 Studios is developing a reputation as one of the industry's top companies at which to work because of its people, leadership, and vision," MacLean said. "I'm truly excited to join a ground-breaking company that is working to deliver a next-generation online entertainment experience that transcends the traditional games we understand today."

Escapist Podcast - Science and Tech: 012: The Earth Is Trying to Kill You The Escapist Staff 6 Comments
Comments on