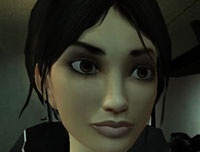 Dreamfall: Game of the Year Edition has been made available on Xbox Live as an Xbox Originals downloadable title.

The game, which costs 1200 Microsoft Points, will be available for download on Monday, March 24. It is a sequel to the Funcom title The Longest Journey and was originally released for the Xbox in 2006.

Dreamfall is described as follows by Microsoft: