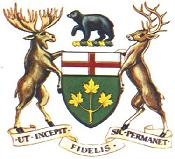 The government of Ontario, Canada, is offering a more favorable taxation environment for game developers in its most recent budget, hoping to attract new growth to the province's interactive media industry.

The Ontario Interactive Digital Media Tax Credit has been extended until 2012, and developers in the province have also had the eligibility period for claiming the credit extended for two to three years. Larger companies will also see their tax rebate on "fee-for-service" work increased to 25 percent, up from a previous level of 20 percent. An additional $7 million in funding for the Interactive Digital Media Fund was also announced.

"The McGuinty government has sent a clear signal that they are bullish about the opportunities for the Ontario interactive media industry. Sectors like videogames, mobile and e-learning are poised for rapid growth and require this kind of support to fuel the massive demands of innovation and growth," said Ian Kelso, CEO of provincial trade association Interactive Ontario.

"Ontario has a real opportunity to build a world class creative cluster that is tuned to the massive economic transformations occurring globally in media and content industries," he continued. "We have the talent, the infrastructure and the entrepreneurial acumen. With this announcement we are pleased to enhance our toolkit that can leverage investment."