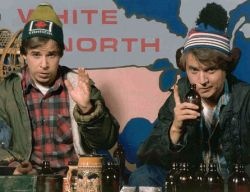 The United Kingdom has officially entered into a trade spat with Canada over the country's generous tax credit systems for videogame developers.

Numerous provinces in Canada offer tax rebates to developers who set up shop in the country. A Vancouver Sun report says Manitoba, Quebec and Ontario lead the way, allowing companies to write off 30-45 percent of labor cost, while Nova Scotia and Prince Edward Island also offer labor tax credits. In British Columbia, private investors in new media ventures receive a 30 percent refundable tax credit, up to $60,000, while corporations receive the same amount in a non-refundable credit.

"The Canadians have driven a tank over the French Citroen and have now parked on our lawn," said Paul Jackson, director general of the Entertainment and Leisure Software Publishers Association, a U.K. videogame trade association. "It is becoming very challenging to keep core development studios here."

Acting on a threat issued in October 2007, the U.K.'s Ministry of Culture, Media and Sport has requested an investigation of Canada's trade practices through the European Commission. "The U.K. government is concerned that state aid offered to computer games companies by a number of federal institutions in Canada may not be compatible with World Trade Organization principles," the ministry said in a statement to CanWest News.

Investissement Quebec CEO defended his province's actions in growing the videogame sector, saying late last year that companies were coming to the area to take advantage of the home-grown talent base. "The education system here is great," he said. "We are graduating each year 1400 new graduates ready to work. This industry is not creating hamburger flipping jobs, they are key technical jobs." Ontario, meanwhile, announced earlier this week that it would be increasing its tax credits for videogame developers, as well as adding additional financing to the province's Interactive Digital Media Fund.