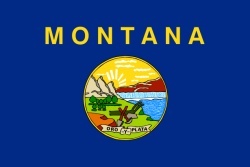 Employees at Montana's Department of Public Health and Human Services will no longer be playing Freecell during downtime at work following complaints both for and against the presence of Windows games on workplace computers.

According to a Missoulian report, the problems began when the Department's Child Support Enforcement Division received new computers that were missing the games that normally ship with Microsoft Windows, such as Solitaire, Freecell and Minesweeper. The games had been on the division's previous computers, and some employees complained about their absence. Assuming the Department's other computers had the games, and wanting to ensure everyone was treated fairly, Division Administrator Lonnie Olson decided to put the games on the new computers.

But an anonymous tipster contacted the Helena Independent Record to criticize the decision, saying, "If state employees have time to play computer games, then there are too many state employees. As an employee in the private sector, I would run the risk of losing my job if my boss caught me playing games on my computer."

A reporter then sent an inquiry about the matter to the Department Director, who decreed that all games would be removed from all computers. "It sends a clear message that computers are not to be used for non-work activities," Public Health and Human Services Director Joan Miles said in the Department newsletter. "We want all employees to understand that state computers are for work purposes and not entertainment."

Deputy Director Sheryl Olson added that playing games at work is an inappropriate use of state employees' time, saying, "To me, the broader policy is nobody should be playing games on state computers. We're at work to work. Why is this even a question? Who has time to play games?" She also suggested employees who liked to play games during their lunch hours should "take a break" and find something else to do.