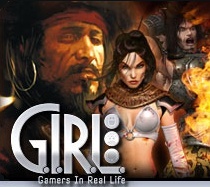 Sony has begun accepting applications for the 2008 G.I.R.L. Game Design Competition, with a scholarship prize of up to $10,000 meant to educate and recruit women into the videogame development field.

The G.I.R.L. (Gamers In Real Life) competition was created as a result of Sony-sponsored surveys focusing on women in the field of videogames. Interviews with female students enrolled in various game-related programs at The Art Institutes schools found 61 percent of students believed that male dominance in the industry was a deterrent to women who wanted to pursue a career in game design, while 42 percent indicated they would like to see women portrayed as leaders in videogames. Entertainment Software Association numbers also indicate that fully 38 percent of all game players are women.

"The secret is out: Females game," said Torrie Dorrell, senior vice president of sales and marketing at Sony Online Entertainment. "We're just trying to encourage more women to make the games they obviously enjoy playing. With an application process starting today, we're taking a concrete step towards opening the door a little wider for women who want to go into game development, and that can only help expand our industry's audience."

In order to be eligible, entrants must be enrolled at one of The Art Institutes school with a graduation date of June 2009 or later. An official application, along with an in-game design, concept art and two essays must also be submitted; applications are due by April 15, while supporting assets must be received by May 31. The winner will receive up to $10,000 toward tuition as well as a paid internship of up to ten weeks at a Sony Online Entertainment studio in Austin, Denver, San Diego or Seattle.

Official contest rules as well as entry applications are available at www.girl.soe.com, while more information is available at the official G.I.R.L. blog maintained by Tracy Seamster, designer of Sony's upcoming release The Agency.