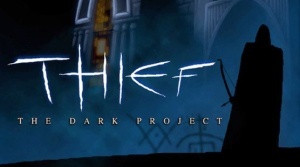 Eidos Montreal has begun recruiting for its "second AAA project," and has dropped an admittedly very vague hint that it might be Thief 4.

1Up.com has reported the Eidos posting, which reads, "Eidos Montreal is proud to announce the recruitment for our 2nd "AAA" project. ... A hint! The title begins with the letter 'T.'" The Thief 4 rumor is strengthened by the fact that the company website states the first two games developed by the studio "will revive successful franchises," and that their first announced game is Deus Ex 3. Both the Deus Ex series and Thief: Deadly Shadows, the last entry in the Thief franchise, were created by Ion Storm, a defunct developer that was owned by Eidos.

According to a Eurogamer report, Eidos Montreal General Manager Stephane D'Astous also briefly replaced his Facebook profile image with the stylized "T" from the Thief logo, although it has since been removed.

Rumors of Deus Ex 3 first surfaced in May 2007, but were not confirmed until a November announcement by Eidos' new facility in Montreal that it would be their debut game. Eidos has thus far refused to comment.