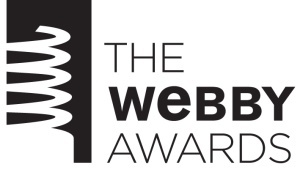 The Escapist has been nominated for the 12th Annual Webby Awards, a recognition of excellence on the internet across a broad range of categories.

Nominees are eligible for awards in two categories: The Webby Awards, selected by members of the International Academy of Digital Arts and Sciences, and the People's Voice Awards, chosen by members of the public. Voting for the People's Voice Awards begins today and runs until May 1. Along with The Escapist, other nominees in the "Games-Related" category include Gamasutra, the GameLife Blog, Gamezebo and Rockband.com.

"Receiving a Webby award nomination is a great honor," said Julianne Greer, executive editor at The Escapist. "We're very excited The Escapist was recognized by the committee."

The Academy of Digital Arts and Sciences describes itself as "an intellectually diverse organization" with a membership that crosses numerous boundaries and genres, including musicians Beck and David Bowie, The Simpsons creator Matt Groening, film producer Harvey Weinstein and Virgin Atlantic Chairman Richard Branson. The Webby Awards premiered in 1996 as part of The Web magazine; the magazine folded in 1998 but the overwhelming success of the Webby Awards has allowed it to carry on independently.

The Webby Award and People's Voice Award winners will be announced on May 6, and will be formally honored at the 12th Annual Webby Awards Ceremony in New York City, running from June 8 to June 10. To cast your vote for your favorite games-related website (that's us), go to peoplesvoice.webbyawards.com.

Live from our Secret Volcano Base, The Escapist Pod is on the Air! razor 30 Comments