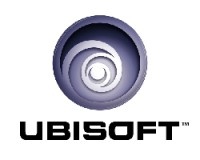 Ubisoft has announced a new expansion into Southeast Asia with the acquisition of a development studio based in India.

The studio, formerly owned by mobile game developer Gameloft, was launched in 2006 in Pune, India. It currently maintains a team of 120 developers and testers, but Ubisoft has said it wants to expand the outfit to 200 people over the next 12 months, and plans to bring it up to 500 "in the coming years." The first area of focus for Ubisoft's new team will be developing handheld ports of current titles and "reinforcing" the company's existing testing teams.

"Following on the recent announcement of our new Singapore studio, this acquisition will reinforce Ubisoft's presence in Asia and in the southeast region in particular," said Christine Burgess-Quémard, Ubisoft's executive director of worldwide studios. "India has a promising future in the videogame industry and this is an opportunity for us to establish ourselves in the country."

Pune, a "satellite city" of Mumbai, has an extensive educational system, with nine universities and over 100 educational institutes that graduate 80,000 engineers annually. Largely as a result, Pune is also a major player in the Indian software industry, with companies including Nvidia, HSBC Global Technology, IBM, Dell, Siemens, Symantec and many others maintaining offices in the city. Ubisoft's acquisition of the former Gameloft studio is expected to close during the first quarter of the 2008-2009 fiscal year.