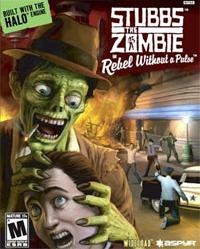 On Monday, May 19, Wideload Studios's Stubbs the Zombie in Rebel Without a Pulse and Midway's Gauntlet: Seven Sorrows will be offered on the Xbox Live Marketplace as Xbox Originals. Each title will cost 1200 Microsoft points ($14.99).