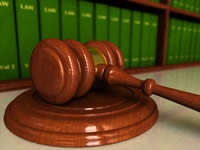 Nintendo executives are going to have to start looking under the couch cushions for spare change following a $21 million ruling against the company in a lawsuit over its GameCube and Wii controllers.

The lawsuit was originally filed in 2006 by Anascape, a small Texas-based company that claimed that Nintendo's designs for its Wii Classic, WaveBird and GameCube controllers infringed upon 12 patents granted to Anascape covering technologies including analog sensors and feedback and vibration mechanisms.

A federal jury ruled in favor of Anascape yesterday, and ordered Nintendo to pay $21 million in damages.

Charlie Scibetta, a representative for Nintendo, said the company would appeal the decision, and expects the court to reduce the amount of the award "significantly," according to an AP report. He added that Nintendo was pleased the jury found no infringement in the use of motion-sensitive technology in its Wii Remote and Nunchuk controllers.

Along with Nintendo, Anascape also sued Microsoft over its Xbox 360 controllers, but Microsoft elected to settle with Anascape before the start of the trial. Anascape's suit originally sought damages with interest for the patent infringement, as well as a permanent injunction barring both companies from further use of the technology, or, failing that, a payment of "license fees" for the two companies to continue using the technology.