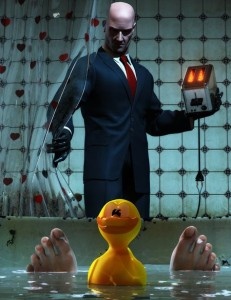 Despite popular hysterics over the role of violent videogames in the decline of society's moral fabric, Patrick Kierkegaard of the University of Essex says there is little scientific evidence that modern games are "anything but harmless."

The article, published in the International Journal of Liability and Scientific Inquiry, says contemporary videogames become more realistically violent with each passing year, with award-winning titles like the Grand Theft Auto series embracing "murder, theft and destruction on every imaginable level." A EurekAlert! article describing the report says "media scare stories" and some research reports would seem to back up claims that virtual violence leads to real-world violence.

But Kierkegaard's examination of a range of studies and research papers going back to the early 1980s found that while support for the theory is widespread, there is no obvious link between real-world violence statistics and the growth of videogames as a popular form of entertainment, and that if anything, the effect appears to be the exact opposite. "Violent crime, particularly among the young, has decreased dramatically since the early 1990s, while videogames have steadily increased in popularity and use," he said.

"For example, in 2005 there were 1,360,088 violent crimes reported in the U.S.A. compared with 1,423,677 the year before. With millions of sales of violent games, the world should be seeing an epidemic of violence. Instead, violence has declined."

He said it's possible for certain types of videogames to influence emotions, behaviors and attitudes, but pointed out that books can have the same effect, encouraging violent behavior in those already predisposed to violence. Adding that research in the field is inconclusive, Kierkegaard said the inherent biases of many of the studies he examined indicated a need for more detailed research into the psychological impact of videogames.