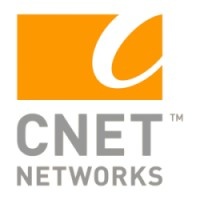 CBS will make a cash tender offer for all issued and outstanding shares of CNET at a rate of $11.50 per share under the terms of the deal, announced by CBS President and CEO Leslie Moonves. The purchase will catapult CBS into the top ten most popular internet companies in the U.S., according to MCV, reaching roughly 54 million unique users per month. Along with Gamespot, CNET Networks owns many other major internet properties including ZDNet, mp3.com, TV.com, TechRepublic and several others. In 2007, the company reported "significant" profits on revenues of $406 million.

"CBS stands for premium content and unparalleled reach, and CNET Networks will add a tremendous platform to extend our complementary entertainment, news, sports, music and information content to a whole new global audience," said Moonves. "Together, CBS and CNET Networks will have significant additional exposure to the fastest-growing advertising sector and can accelerate our growth through a number of new content, promotion and advertising initiatives."

"The core businesses of CNET Networks and CBS Interactive represent near perfect category symmetry in premium online content," added CBS Interactive President Quincy Smith. "Together we will have a terrific opportunity to not only grow our established businesses, but to build new attractive verticals of content as well. This is the beginning of an era for both CBS and CNET Networks; plus, it's going to be great to work with Neil and his team, many of whom I have known for many years."

The CNET Board of Directors has unanimously approved of the merger and recommended that all shareholders accept the offer and tender their shares. The acquisition is expected to be completed in the third quarter of 2008.