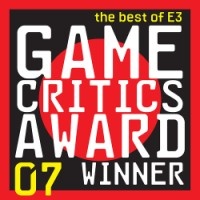 The recent decision by Activision and Vivendi to withdraw from this year's E3 has apparently led to a "heated debate" between the ESA and the Game Critics' Awards over eligibility for "Best of E3" awards.

According to a Kotaku report, the ESA had assumed that games from both Activision and Vivendi would no longer be eligible for any of the show's awards, given out annually by a panel of independent judges. But Awards Co-Chairman Geoff Keighley said no decision about which games will be up for awards has been made, and past incidents in which judges voted for games shown outside the official E3 confines complicates the issue.

The issue is further clouded by the Game Critics' Award's complete independence from the E3 show itself. "The fact we are independent awards [lets us] define our own rules for eligibility," Keighley said. "As publishers revise their part on the E3 show floor, you have to consider the best way to move forward, to ensure we are rewarding the most creative and promising games that will shape the future of the industry."

"Our organization isn't for profit," he added. "It's a volunteer organization, a consortium of journalists, so we can be pure."

Along with Activision and Vivendi, Codemasters, NCSoft and Her Interactive have all announced they will not be participating in E3 this year, while id Software remains uncommitted.