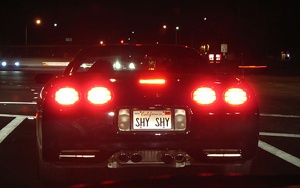 A researcher in Australia has found that so-called "videogame addicts" are typically not shy nerds, but are as outgoing and social as everyone else.

Dan Loton of Victoria University conducted an honors research project into the connection between videogame addiction and social skills, but determined there was no direct connection between "problem game-playing" and social skills and self-esteem, with only one percent of those classified as addicts reported as suffering from shyness. "From a clinical point of view, an addiction is a mental illness with very serious consequences," Loton said in a News.com.au report. "In this context, we need to ask whether gaming is responsible for causing people's lives to fall apart in the same way we see with gambling, alcohol or drug addiction."

"There have been some concerns in psychological literature, including the AMA report, that excessive game-playing... is related to difficulty in establishing social relationships and maintaining them," Loton said. "It was theorized that people who have social difficulties are turning to games, particularly games that offer social communication, to alleviate those difficulties and [are] therefore getting stuck in the game."

Loton's study looked at 621 gamers, measured across the Problem Videogame Playing (PVP) and Social Skills Inventory (SSI) scales to measure their level of addiction as well as their social behaviors. Roughly 15 percent of respondents were identified as problem gamers, spending more than 50 hours per week playing videogames, with MMOG players more likely to suffer from addiction. No clear link between problem gaming and social or self-esteem issues was established, Loton said.

"What is important to note is that even problem gamers did not exhibit significant signs of poor social skills or low self-esteem," he said. "Only one percent of those identified as problem gamers appeared to have poor social skills, specifically shyness." He added that more research was required before the AMA could make an "informed decision" about the classification of problem gaming as an addiction, and also suggested that people who play games excessively find other activities to help balance their lives. "If a person feels that they're at the point where they feel that they want to stop playing but they can't and it's interrupting elements of their lives, I would advise them to seek counseling," he said.