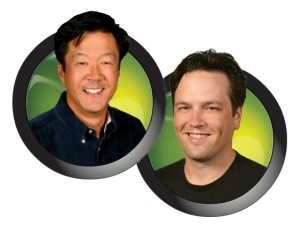 Kim will assume responsibility for pursuing global growth opportunities, focusing on "external relationships and partnerships" with an eye toward growth strategies for the entire division. "I am taking a newly-created position within the Interactive Entertainment business," Kim said. "I'll be leaving the position as the leader of Microsoft Game Studios to run strategy and business development for the overall Interactive Entertainment business. I'll continue to report to Don [Mattrick]."

In an interview with GamesIndustry, Kim said that Microsoft's efforts in Japan, which will be part of his mandate, are a "longer-term effort," acknowledging the company's inability to crack the market in the face of overwhelming competition from Sony and Nintendo. "We've been very realistic about our near-to-mid-term opportunities in Japan, specifically with respect to the current console generation," he said. "Obviously it's a challenging market with well-entrenched competitors."

"I'm excited to see developments such as the new RPGs from Japanese developers - I think that's a recognition in the developer-publisher community that the Xbox 360 is a great platform, and we've got a great installed base in the rest of the world," he continued. "From a business perspective I think [Japanese developers] all know that they need to take the platform seriously, and my hope is that through that process we'll start to see more Japaneses content that will stimulate greater demand in Japan and start to turn our fortunes around."

"We'll personally and professional miss Phil," added Chris Lewis, vice president of interactive entertainment business in Europe. "He's left some legacy in EMEA. When it comes to his replacement, this is a critical role, because Europe is a real hotbed of talent for developing games."