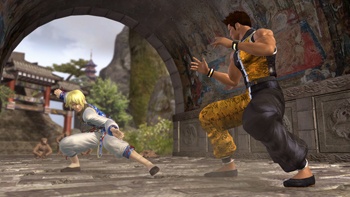 An independent union has filed suit against Tecmo for hundreds of hours in overtime pay and hiding an accounting scandal.

The suit explains that Tecmo moved employees to a "flexible hours" work schedule where overtime did not need to be compensated and could demand an extra 100 hours per month. Additional claims blame Tecmo for forged fake accounting files. If true, legal troubles involving ethical business practices will become a bigger problem than the company's current morale malaise.

Ozawa has been leading the "Tecmo Labor Union" since February. This self-sustaining union represents 300 workers as they sue for earnings.

These tumultuous times at Tecmo began two weeks ago when Team Ninja's rock star in residence, Tomonobu Itagaki, left Tecmo, leveling similar claims of abuse at the Dead or Alive developer. The filing of these lawsuits, which Tecmo is commanded by law to announce to shareholders today, seem to confirm rumors of a mass departure from the studio. Employee discontent may be spreading outside of the Team Ninja studio as well.