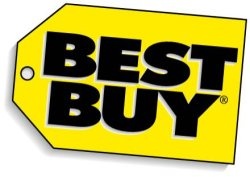 EB Games will be facing off against some new competition now that Best Buy has announced its entry into the pre-owned games business in Canada.

The company plans to begin the initiative with a test run in six Future Shop stores in Calgary, according to a Report On Business article, with plans to expand across all 133 Future Shops in the country by the end of the summer. The move will bring Best Buy into direct competition with GameStop-owned EB Games, currently the only major Canadian retailer that sells used games.

"The used games market has been very lucrative in the United States and I'm not surprised that it's making its way into Canada," said Jason Kee of the Entertainment Software Association of Canada. He added that used game prices can approach those of new games, or even exceed them if the game in question is in limited supply. Unlike new software, pre-owned games offer much greater profit levels, with GameStop seeing margins approaching 50 percent.

Michelle Grawe, director of merchandising at Future Shop, said the company hopes the addition of pre-owned game sales will attract younger customers to the store, and predicted the new category will help double its videogames sales over the next three to five years. She added that Future Shop was prepared to accept lower margins on used game sales in order to undercut EB's prices. The company also plans to offer used game sales over its website by early 2009.