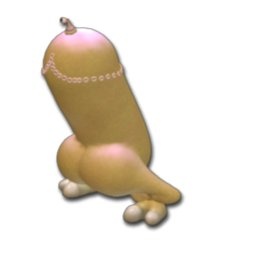 Only one day after the release of the Spore Creature Creator, more than 250,000 new and unique life forms have been created by Spore fans anxiously awaiting the launch of the game.

The trial version of the Spore Creature Creator, available free from the Spore website, includes 25 percent of the Creature parts that will be included with the full game, giving players a chance to gain experience building beasts in advance of the game's launch.

The new alien life forms can be played with and exchanged with other members of the Spore community, and can be imported into Spore when the game is installed. The full version of the Spore Creature Creator will be available as a standalone "creativity toy box" for $9.99.

"The response to the Spore Creature Creator has been overwhelming," said Spore Executive Producer Lucy Bradshaw. "The creativity and passion that the community is putting into their creatures is spectacular. The development team has spent the last 24 hours checking out the amazing creations racing in from all corners of the globe - with peak volume hitting more than 1000 creatures being shared a minute."

While enjoying significant success as a mass-appeal entertainment tool, the Spore Creature Creator is also being embraced by the scientific community as an opportunity to gain valuable insights into the Freeman Postulate #1, better known outside the walls of academia as "time to cock," the amount of time it takes gamers with content-creation tools to generate a penis. Analysts say early reports that the majority of the creatures built with the Spore Creature Creator are giant penis monsters are entirely true, and wholly unsurprising.

Spore, the latest effort from Will Wright and Maxis, will let players guide the evolution of alien beings from single-cell organisms to a civilization that spans the stars, and also share the fruits of their efforts via a large central database, into which player-generated content can be uploaded, graded and then redistributed to other players. The game is currently set for release in September.