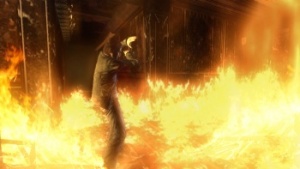 Atari has threatened legal action against a couple of Norwegian review sites that recently gave painfully low review scores to the Xbox 360 version of Alone in the Dark, based on accusations that the reviews were made using pirated copies of the game.

The Norwegian site GameReactor recently slapped the game with a 3/10 review score, according to Kotaku, but pulled the review quickly after Atari pointed out review copies of the game had only been sent out one day prior, suggesting that the site may have acquired the game via less-than-legal means. GameReactor Denmark and GameReactor Sweden quickly followed suit with similar review scores, however, each giving the game 4/10, and the GameReactor Norway review was quickly put back online, with the original score intact.

German site 4Players also issued a review of the game, giving it a more favorable rating of 68 percent, but also found itself threatened by Atari lawyers for not using an authorized copy of the game. Jörg Luibl, editor-in-chief at 4Players, sent a message to Kotaku saying the site has been accused of "breaking the law and violating the rights of [Atari]," but maintains they based the review on a legitimate full-release copy of the game obtained from a "trusted dealer."

Strangely, the poor ratings appear to be limited to Scandinavian countries; while another Norwegian site, Gamer.no, also rated the game at 3/10, GamesIndustry says "broad averages" from U.K. sites are hovering around the 7/10 mark, and the same score was awarded to the game by Eurogamer. An Atari spokesman refused to comment on the poor Nordic reviews, but did say, "We're happy with the review scores in the U.K. We believe the game speaks for itself."

Complaints about poor review scores are nothing new, but bad reviews based on pirated copies of games, which may be incomplete, based on pre-release versions or otherwise not fully representative of the final product can be a more serious concern. In March, THQ Creative Director Michael Fitch blamed the collapse of Titan Quest developer Iron Lore largely at the feet of bad word-of-mouth caused by people playing pirated versions of the game. "Here we are, before the game even releases, getting bashed to hell and gone by people who can't even be bothered to actually pay for the game," he wrote in the Quarter To Three forums.

"What was the ultimate impact of that? Hard to measure, but it did get mentioned in several reviews," he continued. "Think about that the next time you read, 'We didn't have any problems running the game, but there are reports on the internet that people are having crashes.'"

Alone in the Dark for the Xbox 360 was released today in Europe and will hit North America on June 24. A PlayStation 3 version of the game is slated for release later this year.

Gallery of the Day: 8 Video Game Movies You Can Safely Avoid ffronw 29 Comments