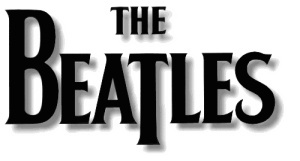 Beatles fans rejoice! Representatives of the group are in negotiations with both Activision and MTV Games to create a new videogame based on the band.

A report in the Financial Times quotes a source familiar with the discussions as saying any deal would be worth "several million dollars," but must first pass muster with Apple Corps and EMI. Apple Corps was set up by The Beatles in 1968 to manage the band's business interests, and includes Paul McCartney, Ringo Starr, Olivia Harrison and Yoko Ono Lennon on its board, while music conglomerate EMI owns the Beatles master recordings.

Aside from the obvious interest in a Beatles-based music game, the potential deal is noteworthy because of the band's previous reluctance to license its music for non-traditional uses. Numerous and ongoing negotiations have failed even to produce a deal to license the group's music for digital release, such as in mobile phone ringtones or for sale via digital retailers such as the Apple iTunes store. Apple Corps did allow Beatles music to be used on the popular television show American Idol, however, and that recent exposure could lead to heightened interest in the band's work and more widespread licensing as a result.

"To my view, it's only a matter of time before we see Beatles songs that are the original recordings in motion pictures, in television work, and yes, maybe even one day in a commercial," said Sony/ATV Music Publishing CEO Martin Bandier, whose company controls over 200 Beatles copyrights. He said the American Idol appearance had led to a number of inquiries about the band's music, adding that concerns about commercialism needed to be "balanced against the merits of exposing the band to a younger generation."

The two publishers involved in the negotiations have each achieved huge levels of success with music-based videogames. The Guitar Hero franchise has sold more than 20 million units and broken the $1 billion mark in sales for Activision, while MTV Games, in conjunction with Electronic Arts, introduced Rock Band in late 2007 and has since sold more than three million copies. Activision declined to comment on the talks, while a representative for MTV Games said only, "We are talking to virtually every major rock artist all the time about ways we might get them involved in Rock Band."

While no information regarding dates or formats can even be considered at this early point, a successful deal to create the game would be a major coup, and would very likely allow either Activision to vault past EA to become the top independent videogame publisher in the U.S., or EA to solidify its grip on the position.