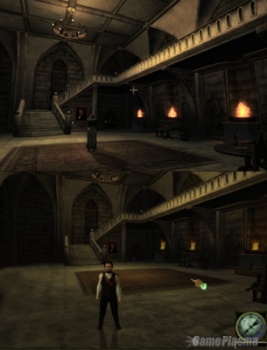 Majestic Studios, the development team behind the infamous Limbo of the Lost, has finally issued a statement about its alleged use of copyrighted material taken from other games.

Gamespot U.K. has received a statement from a source "connected to the studio" expressing shock over the unauthorized use of the content, as well as an apology for the incident and a denial that the studio knowingly violated any copyrights.

"In response to the shocking notification that some alleged unauthorized copyrighted materials submitted by sources external to the development team have been found within the PC game Limbo of the Lost, we (the development team) have given our consent and full cooperation to both publishers who are recalling all units from all territories immediately," the statement said.

"Please be assured that we do not condone in any way the use of unauthorized copyrighted materials and if we had been made aware earlier, we would of course have ceased development of the product and rectified the issue prior to the publication process," the statement continued. "To the best of our knowledge no one at Majestic, [European publisher] G2 Games or [North American publisher] Tri Synergy, Inc. knew about this infringement and knowingly played any part in it."

"We can only apologize to all regarding this issue, as a team we are shocked and mortified regarding these events and we continue to work with said publishers in order to rectify the issue."

Development team members had been "on a break" following the completion of the game, the source said, which resulted in the lengthy delay prior to responding to the allegations.

The uproar surrounding Limbo of the Lost began earlier in June, when a reviewer at GamePlasma noticed that several areas in the game bore an uncanny resemblance to scenes in The Elder Scrolls: Oblivion. After going public with the observations, other gamers undertook their own examinations of the game and discovered more infringing material from a wide variety of games, including Morrowind, Diablo 2, Thief: Deadly Shadows, Unreal Tournament 2004, Painkiller and numerous others.

The obvious question now is whether Majestic's denials are believable. On the surface it appears highly implausible, and the vague, sweeping denial and apology does nothing to restore the developers' credibility. But Tri Synergy, which published the game in North America, was also shocked - shocked, I tell you - by the presence of swiped assets in the game. While the company's lack of oversight is a bit more forgivable since it wasn't actually involved in Limbo's creation, it does speak to a certain "fast and loose" attitude toward the game itself. If the publisher-developer relationship can function that way, why not developer-contractor?

The shift of the blame to "external sources" means that regardless of the legitimacy of the claims, the shit is, as usual, flowing downhill. What happens when it reaches the bottom is anyone's guess; there's certainly no financial incentive for heavyweight players like Bethesda to pursue the matter against such a tiny studio. Whether they see any benefit in making a high-profile example of them, on the other hand, is another question entirely.