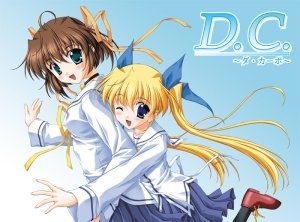 Akihabara Channel, which first reported the site, notes that the material on the site is "not the best translation" one could ask for, describing some uses of words and phrases as "blocky," a statement borne out by lines like, "Yoshikazu Masaki was starting to feel a little awkwardness with her girlfriend, Touko Kyouya, which has something to do with his sister, Akane Masaki. While going through counseling sessions, that awkwardness has become his dark spotin his heart which grew bigger and bigger. The relationship between Akane, Touko, and Yoshikazu started to head to an unexpected direction." The quality of the in-game translations remains to be seen.

It's a deeply foreign experience, but for North American gamers interested in exploring the genre further, the offerings at Manga Gamer could be a godsend. The site goes live on July 3; feel free to check it out yourself at mangagamer.com.