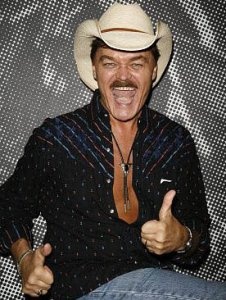 Postal developer Running With Scissors has revealed the identity of the first celebrity star to appear in its upcoming slaughterfest Postal III, and this time around they've decided to go Macho.

Randy Jones, the original Village People Cowboy, will make his videogame debut as the leader of a gay biker gang in the third installment in the Postal franchise. Jones is the first in what Running With Scissors promises will be a "series of celebrities" who will show up in the game.

"What more can I say than Y-M-C-A," said Running With Scissors boss Vince Desi. "Who needs John Travolta when we've got the original Macho Man, Randy Jones!"

Jones joined the Village People as part of its original lineup in 1977. Along with Jones' cowboy, the group featured a police officer, an indian chief, a construction worker, a soldier and a biker, an ensemble put together to target the large gay segment of the disco fanbase. Despite their outlandish look and not-quite-subtle gay undertones, the band achieved significant mainstream success with songs like "Macho Man," "In The Navy," and their best-known hit, "Y.M.C.A.," selling 85 million records in the process. Jones has gone on to a successful solo career, most recently taking a starring role in the hit Broadway musical Joseph and the Amazing Technicolor Dreamcoat.

Other celebrity appearances in the game will be announced by Running With Scissors in the future. Postal III is currently in development for the PlayStation 3, Xbox 360, PC and Mac, and is slated for released in 2009.