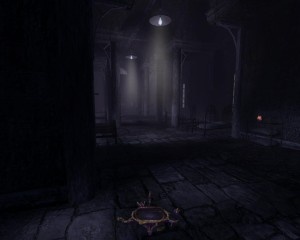 Conducted by Michael Schredl, head of research at the Sleep Laboratory at Germany's Central Institute of Mental Health, the study presented 252 children aged nine to 13 years with a questionnaire about "media use and nightmares." According to the results, there was no correlation between the frequency of nightmares and differences in TV watching or videogaming habits. In fact, according to the report, television shows including popular police and crime shows appeared to have no impact on dreams whatsoever. Reading, on the other hand, did appear to be connected with dreams, although researchers said the number of children affected is too small to be conclusive.

"It might make sense that not only the pictures themselves are of importance, but what children fantasize during the day," Schredl said in a Calgary Herald report. "They might be more stimulated by reading than by watching TV."

46 percent of the study respondents said they hadn't had any nightmares over the past few months, while 38 percent reported them "occasionally" and 16 percent suffered them at least once a week. Girls also appeared significantly more likely to have nightmares than boys, although Schredl claimed that could be because they remember more of their dreams, a pattern he said had emerged previously in studies of young adults.

While nobody is suggesting the parents send their seven-year-olds on a late-night romp through the Shalebridge Cradle, parents can at least take some comfort in the knowledge that a little time spent playing videogames won't come back to haunt their kids at night. The abstract of the study can be read at the American Psychological Association website.

via: What They Play

Escapist Podcast: 115: Scary Games and No Titanfall on the PS4 The Escapist Staff 11 Comments
Comments on