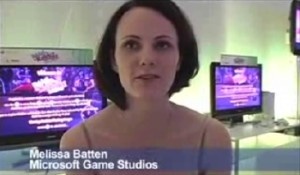 Melissa Batten, an Xbox software engineer at Microsoft, was murdered by her estranged husband earlier in the week.

A Harvard-educated lawyer who previously worked as a public defender in Charlotte, N.C., Batten joined Microsoft in 2002 as a Software Development Engineer in Test. She had worked on both Halo 3 and Gears of War, and currently was working in support of Xbox 360 developer Rare.

According to a Seattle Times report, Batten had obtained a protection order against her estranged husband on July 21, reporting that he had called her more than 30 times over July 19 and 20 and also broken into her Microsoft workplace on July 16, where he was apprehended by security guards. But her greatest concern stemmed from his ownership of a handgun, which she discovered on June 5.

"The biggest incident which clouds all his subsequent behavior occurred on June 5. He had, unbeknownst to me, obtained a gun," she wrote in her request for a protection order. The couple were still living together at the time of the discovery, she said, which took place when she confronted him over an extramarital affair. Batten said that her husband "brandished the gun from the back waistband of his jeans and pointed it at me."

The order, which set numerous conditions limiting contact between Batten and her husband including that he not come within 100 yards of her, was granted, and she was staying with a friend in a Redmond apartment. Nonetheless, on July 29 her husband followed her into a parking lot while she was leaving for work, shot her several times and then shot himself in the head. Melissa Batten was 36 at the time of her death.