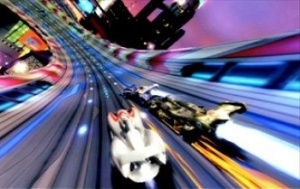 Jos Ruffel of Speed Racer developer Sidhe International has blindsided both the movie and the videogame industries with a shocking revelation: Movies that bomb tend to result in movie-based games that bomb.

Speaking at the Games Convention Developers Conference at Leipzig, Ruffel claimed that despite "overall good reviews," the Speed Racer videogame was dragged down by the movie, which crashed and burned in theaters. "When you make a game based on a license you are really playing roulette - you don't know how the film is going to play out in the market," he said. "When we were first asked to do Speed Racer the property was incredible, it was very exciting. It was a film by the Wachowski brothers and it was about car racing - awesome, that's going to make a great game."

But because the movie tanked, Ruffel claimed, the game's performance at retail wasn't nearly what it should have been. "We're in a unique situation with the game, we're like 40 Metacritic points above the film - Usually the film and the game mirror each other quite closely on review scores," he continued. "We released on the same time frame as Iron Man, which was a very successful film. The games didn't review very well - but we know what Iron Man games sold very well."

Setting aside for a moment any bewilderment over the description of post-Matrix Wachowski brothers as "exciting" and "awesome," Ruffel may have a point: Sidhe's Speed Racer videogame has a Metacritic score of 69 for the Wii and 74 for the DS, while the movie comes in at an embarrassing 37; the Iron Man film, on the other hand, carries a Metacritic rank of 79, while the games range from 56 on the DS all the way down to 32 for the PC version. On the other hand, despite the apparent sincerity of his surprise and disappointment, I don't think anyone can claim to be too terribly shocked by the fact that games based on a high-profile summer blockbuster sell better than those tied to a piece of crap like Speed Racer.