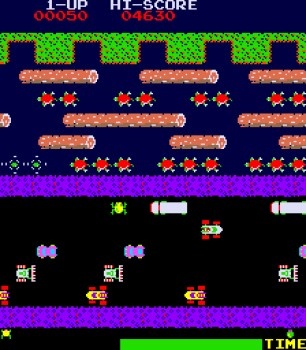 An article on the Palm Beach Post examines the growing popularity of the "videogames made me do it" legal defense, including comments from a lawyer (not Jack Thompson) who suggests the strategy can actually work.

Author Terry Bosky writes that the most recent example of scapegoating videogames for criminal behavior took place in Milton, Georgia, where three youths who were arrested in early August 2008 for a series of car bombings claimed they learned how to do it by playing Grand Theft Auto. Bosky says the claim is likely a precursor to a videogame defense, a tactic that attorney James H. Waller says can help mitigate the blame in such cases.

"The goal of the 'videogames defense' is to both shift blame and to explain to a judge and jury why this good kid is suddenly acting like a terrorist," Waller said. "Portraying your client as the victim of outside forces (be they child abuse, coercion by peers, or an ultra-violent videogame industry) humanizes the client and shifts the culpability. While I don't believe that violent videogames tend to have any negative effects on otherwise healthy people, my job is to present ANY theory to a jury that would explain why my client did the things he did."

Further, such a strategy can be effective with "an unsophisticated, typically older, somewhat more rural jury pool or judge," Waller claimed. "To an extent, the defendant is playing on the prejudices that these members of society already have towards videogames."

Professor Ashley Lipson of the University of La Verne College of Law in California agrees that such the strategy can be useful for obfuscating the facts of a case. "A good defense lawyer will blame everyone in sight, except of course the client. When he or she runs out of people to blame - it's time to look around for objects. What could be better than a popular videogame?" he said. "Charged with jaywalking? Try the Frogger defense, of course. What else could possibly be to blame? As for all other crimes against society ranging from rape, mayhem and carjacking to murder - what could be more perfect than that universal fall guy, Grand Theft Auto?"

But despite the outrage expressed by the industry every time an attorney tries, usually unsuccessfully, to blame games for the criminal acts committed by his deranged and/or scumbag client, Waller says game companies have only themselves to blame for it. "It isn't the court cases that generate the press and make the public aware of the games," he said. "The manufacturers do everything they can to make sure that they are a household name, if not cartridge. Restricting supply to create buzz, sensationalizing their own violence to the media, doing idiotic things like leaving the Hot Coffee code in the game... the jury knows that a lot of kids today are playing this Grand Theft Auto game and that it's very violent or adult before we even walk into the courtroom."