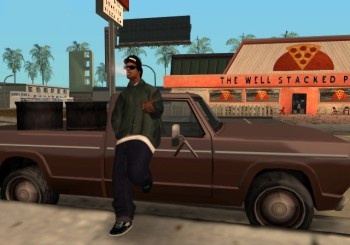 While the use of performance enhancing drugs in conventional athletic endeavors is commonplace, the tournament director of the World Cyber Games in Australia claims it's also very much an issue in professional videogame competitions.

In an interview with Gameplayer, Australian World Cyber Games Tournament Director Alex Walker said he knows a lot of gamers who take drugs, although it's typically a social activity rather than an effort to improve game performance. He also claimed that many gamers actually do play better after a couple hits of the evil weed. "I've seen a number of players at national tournaments who came in 'baked' (that's stoned for the uninformed) purely so they could play better. In most cases they did, although obviously they couldn't just pull out another joint midway through," Walker said.

He described one player who took amphetamines an hour before a WCG match in order to boost his reflexes, saying that while his performance did appear to improve as a result, his team still lost the match. The length of many tournaments make it impossible for gamers to stay high for the duration, and Walker said he didn't think most of them would want to, anyway. "These events are like a holiday for most of the people competing, and if they do bring some drugs along (which happens, frequently) then they want to save it for the big night out with their mates, rather than waste it for the chance to win a single game," he said. "They all know that you can't rely on anything other than a lot of skill and solid teamwork to win a major event. Drugs won't help you there."

Unsurprisingly, the WCG has no policy regarding the use of drugs in competitions, performance enhancing or otherwise. "Gamers can take all the drugs they like, as long as it's not happening in the actual tournament area," Walker said. "Nobody has the budget to bring in any form of anti-doping agency, let alone keep it afloat or professional enough to adhere to standards that would make it reliable." And even as professional gaming events grow, Walker predicted the focus will likely remain on fighting cheating through digital means.

"Drugs just aren't on the radar, because there are so many other pressing issues to deal with," he said. "If one major event goes bust it could spell doom for all the others. Most major events rely on sponsors for capital and until these events become self-sustainable for the most part you're not going to see people getting tested for dope or speed."

"At the end of the day it's still up to individual players to exercise common sense," Walker said. "I know that's not a perfect solution, or even a reasonable compromise, but you have to work with what you've got."