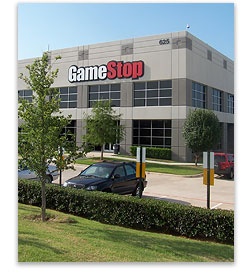 GameStop Chief Executive Officer Dan DeMatteo is doubting the short-term success of digital distribution, saying it will be another 10-15 years before the infrastructure for full game downloads will be in place.

In an interview with GameDaily, DeMatteo focused on a couple of points as to why there will be a decade delay before downloadable games will pass retail in sales.

"The first digital distribution was Napster and it was illegal. Let's just start there. The software publishers are afraid to death of piracy. Once a full game is lying on a hard drive, there's the potential for piracy. Aside from the games, the bandwidth, etc., our studies have concluded that the network won't be in place to do digital distribution of full games until 2020 to 2025," he commented. "And that's using today's size, but as consoles get more powerful, games get bigger. Right now, a 30GB game with your best T1 line is about 72 hours to do it."

Second, and less arguable by those not part of the retail-publisher relationship, is that digital sales yield less profit for developers than going through store channels.

He said, "Microsoft and Sony are the gatekeepers for their consoles. And if you're a third party that should scare the hell out of you because that's the only way to get to your customer. They'll take 10 to 15 percent. Video game publishers sell me games today for $48 wholesale. If they go direct to the customer they'll probably get about $30 for them. They'll get less for the game if they bypass retail."

In the meantime until 2020, DeMatteo may be right, as retail revenues for GameStop rocketed 82 percent in 2007 as it acquired more locations.