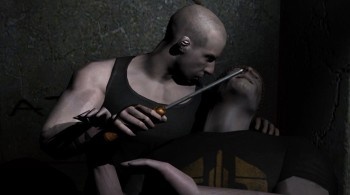 David Braben, Frontier Developments chairman and co-author of the groundbreaking trading game Elite, says the existence of the pre-owned games market is "damaging" the development of single-player games.

"I think it's really damaging to the single-player experience. Games like BioShock and Assassin's Creed, where they're perfectly valid games, but once you've played them they go into the pre-owned section," he told GamesIndustry. "The sales don't reflect the actual sales of people playing them because someone has gone out and bought, at almost the same price, a pre-owned copy because they couldn't get an original. It's very frustrating that they don't carry that stock anymore."

Braben suggested that the current pre-owned scheme could be replaced by a rental system instead. "A genuine rental market would be fine," he continued. "There may well be other business models - and the problem with video rental, as I understand it, was prices were really high. I think that was the issue."

"Maybe there are different ways of participating in that. Maybe it's not a higher price, maybe we get a share of the rental, which actually might be better where the copy is even cheaper, or even free," he added.

I can't speak for anyone else, but when pre-owned game prices are "almost the same" as new, I buy new. On the other hand, if I can pick up a copy of Riddick for 20 bucks pre-owned, that's a whole different story. Videogame rentals already exist, but the prices are ridiculous and the terms are, to put it politely, less than friendly to consumers. The pre-owned market exists for a reason, and it will take some very fundamental changes to the way the industry does business to make it go away.