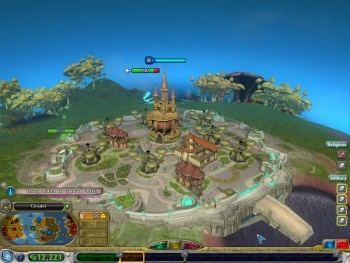 The furor over Spore continues, fueled by a report that despite the manual stating otherwise, gamers are limited to one user account per game copy.

Page 52 of the Spore manual says the game will allow "multiple Spore accounts for each installation of the game," to accommodate, for instance, a family with kids, each of whom wants to play their own separate game. However, users are discovering that this is not actually the case: That instead, the first user to log in and register an account on a Spore installation is the only user who will be able to do so.

A message posted in the official Spore help forum by EA_Violet claims the promise of multiple accounts in the manual is a "misprint" that will be changed in future printings. "There is one Spore registration/account per game/serial code so you are correct in that you cannot make multiple accounts at this time," she wrote. "I have sent your guys' feedback to the game team though since I can understand the desire to share a game on a system that your entire family uses."

Predictably, the user response to this post was somewhat less than understanding, leading to a follow-up by MaxisLucky, a member of the development team, who attempted to explain the matter in greater detail. "There were many reasons why we chose to have one account per copy of the game - some had to do with how saved games work and some had to do with limiting the online feature only to the one person who bought the game," he wrote. "We aren't charging a subscription fee for the online features and given the load to our servers we were very interested in making the experience for paying customers not be slow and laggy because of many multiple accounts per copy of the game. 2x to 1000x the number of people with accounts per game equals 2x to 1000x the number of creations on the server."

He also pointed out that "Each and every box (both of the Core Game and the Galactic Edition) states 'Only one registration available per game' on the back," although this did little to quell the uproar: As one user noted, even user favorites like Windows Vista, Microsoft Office and Quicken allow for multiple accounts on single registrations. Despite continued complaints from users, however, EA apparently considers the matter closed; the company has gone completely silent on the issue since the response from MaxisLucky.

The sad part is that in all this anger over EA's mismanagement of the game, one of the most anticipated releases in recent years has been almost forgotten. Caught in the shadow of everything from early review scores that were less glowing than expected to the Amazon bombing and forum rage over various aspects of the game's DRM, Spore itself has become almost an afterthought, less important for its gameplay than for the divide it represents between game publishers and game players. The game will no doubt still sell a zillion copies and become another Sims-like franchise steamroller, but very real damage is being done to EA's reputation - particularly bad news for a company that's supposedly cleaning up its act after a decade or so of bad behavior.