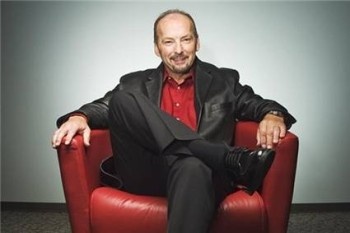 Peter Moore recently revealed that he's the man responsible for killing the Sega Dreamcast, an admission that's added significant credibility to the argument that he's actually Satan in business casual.

In an interview with the Guardian, Moore claimed that Sega of America "knew we could win" in a battle against the Sony PlayStation, but that a failure to embrace the concept of a globalized brand, particularly in the lack of integration between the American and European operations, as well as EA's refusal to publish for the system, ultimately doomed it to failure. Still, Moore added that it was a close thing, saying, "Dreamcast was a phenomenal 18 months of pain, heartache, euphoria... We thought we had it, but then PlayStation came out, that infamous issue of Newsweek with the Emotion Engine on the cover... and of course, EA didn't publish which left a big hole, not only in sports but in other genres. We ended up that Christmas period not being able to get where we needed to be - we weren't far short, we just couldn't get that critical mass."

"We had a tremendous 18 months. Dreamcast was on fire - we really thought that we could do it," he continued. "But then we had a target from Japan that said - and I can't remember the exact figures - but we had to make N hundreds of millions of dollars by the holiday season and shift N millions of units of hardware, otherwise we just couldn't sustain the business."

Ultimately, Sega failed to achieve those numbers and the axe fell, with Moore wielding it. "On January 31, 2001 we said Sega is leaving hardware - somehow I got to make that call, not the Japanese. I had to fire a lot of people, it was not a pleasant day," he said. "We were selling 50,000 units a day, then 60,000, then 100,000, but it was just not going to be enough to get the critical mass to take on the launch of PS2. It was a big stakes game. Sega had the option of pouring in more money and going bankrupt and they decided they wanted to live to fight another day. So we licked our wounds, ate some humble pie and went to Sony and Nintendo to ask for dev kits."

Escapist Podcast - Science and Tech: 032: Feathered Dinosaurs: Should Jurassic World Have Any Educational Value? The Escapist Staff 0 Comments
Comments on