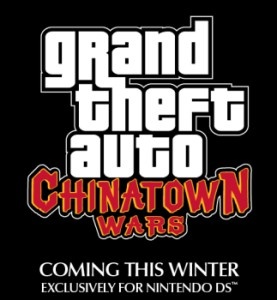 Rockstar's Dan Houser says Grand Theft Auto on Nintendo's platform is still an adults-only game, but that hasn't headed off criticism of a drug-dealing mini-game in GTA: Chinatown Wars.

In an interview with Edge, Houser, the co-founder and vice president of Rockstar Games, was very clear that the appearance of the game on the Nintendo DS in no way meant that it had been toned down for kids. "Nintendo wanted us to make GTA, and we wanted to make GTA on their platform," he said. "They didn't want us to make a GTA for kids, and we weren't interested in making a game we wouldn't normally make. GTA is about stealing cars and shooting people - how could it not be an 18 rating? You couldn't do GTA without that 18 - it wouldn't feel like it's supposed to feel."

As if to emphasize the point, Houser also revealed the presence of a mini-game in Chinatown Wars in which players can sell six different types of real-world drugs across Liberty City, including heroin, cocaine, marijuana and Ecstasy, taking advantage of "market conditions and demands based on geography" to turn a profit. Unfortunately, and entirely unsurprisingly, despite Houser's statement the presence of the drug-selling game quickly came under fire for its negative impact on kids.

"Anything using drug-dealing as entertainment is sending out the wrong message," said Darren Gold of the anti-drug-use group Drugsline, speaking to The Sun. "Glamorization doesn't help our work of trying to educate kids of the dangers of substance abuse." Interestingly, Gold seems entirely unaware that this is hardly an original idea - Drug Wars and its spawn have been around in numerous forms since the early 80s, when many of us grown, functioning, non-drug-abusing adults played it as kids.

Grand Theft Auto: Chinatown Wars is not yet rated, but will undoubtedly be very M when it is. The game is currently scheduled for release in early 2009, exclusively for the Nintendo DS.