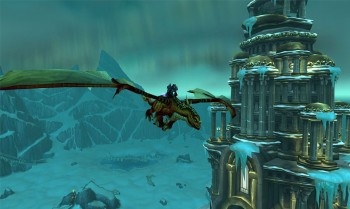 World of Warcraft developer Blizzard has won $6 million in damages in a lawsuit against the makers of the Glider bot.

Blizzard filed suit against MDY Industries in early 2007, alleging the Glider software violates its copyright as well as the World of Warcraft EULA. The bot automates many of the game's processes, according to the Glider website, which says, "It grinds, it loots, it skins, it heals, it even farms soul shards... without you." A report by the BBC says the program proved popular with players, and has sold over 100,000 copies at $25 each.

Nonetheless, it looks like the free ride is over: US District Court Judge David Campbell ruled in favor of Blizzard in July, saying the Glider software violated the game's license, although MDY was apparently able to convince the judge to mitigate the damage award, which could have been considerably higher. Things aren't entirely settled yet, however; the two parties will back to court in January 2009 to contest issues including whether MDY broke the DMCA with the Glider bot, and whether the Michael Donnelly, the owner of MDY and the original Glider creator, will have to pay the damages personally.

I have to admit, I'm baffled by this. Not by the case itself, but by the idea that people would pay 15 bucks a month so their computer can play a videogame. I like my computer a lot, but not so much that I'm willing to shell out a monthly fee just to keep it entertained. There are plenty of other ways to do that: Install something like [email protected], for instance, or give it a really fancy screen saver to play with. Personally, I've started leaving a low-bandwidth Shoutcast station playing all night so my computer will think there are people in the room and won't get lonely. It's simple, it doesn't cost me a dime and my computer is healthy and happy.