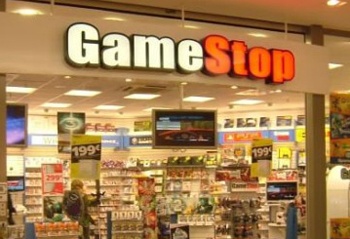 A group of naughty Tennessee store clerks have fessed up, after being caught in a police sting involving stolen merchandise.

Wednesday, eight GameStop employees who worked in or near Memphis pleaded guilty to charges stemming from the purchase of stolen merchandise earlier this year, according to a story in The Commercial Appeal. The clerks were caught in a sting orchestrated by police after law enforcement officials learned some of the company's employees in the city were buying games they knew were stolen property.

Court documents show undercover officers approached the on-duty clerks and asked if they would buy games, even after implying they were stolen. The clerks then provided cash from the register for the merchandise - albeit at a greatly lower than retail price. Anyone who's ever traded-in games for cash or credit should be accustomed to such practices. However, it should be pointed out, the difference - and it's a big one, legality-wise - is the clerks went through with the purchase knowing the items were purportedly hot merchandise. We're not talking hot like Diablo III or Halo Wars.

Each of the current and former GameStop clerks - ranging in age from 19 to 41 - were ordered to serve one year's probation with a chance to have their record cleared at the end of the sentence. GameStop, the world's largest video game retailer, has 18 locations in the Memphis area. Those stores are temporarily shutting down their purchase of used games for resale.