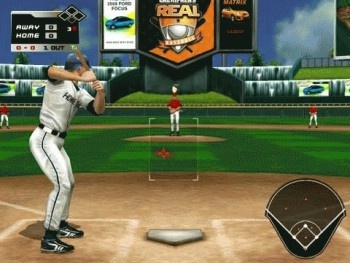 Cal Ripken's Real Baseball seems to have hit a bit of a snag, as both the game and the publisher websites have disappeared without warning.

Blue's has the news that the MMO baseball game has been called, not because of rain, but because of reasons currently unknown. The game's website at playrealbaseball.com now displays only a message saying, "The service for Cal Ripken's Real Baseball is currently halted until further notice. We apologize for any inconvenience," while the website for Netamin, the publisher, is a Yahoo! placeholder.

The game's Wikipedia entry says Real Baseball was due for replacement by a "completely revamped version" in the third quarter of 2008, but according to a player named Matt, the shutdown occurred in the middle of ongoing league playoffs, with no notice or explanation for the players. Although contact links for Netanim CEO Andy Wang are no longer available, we've contacted the administrators of an independent (and still operating) Real Baseball fan site, and will report any updates as they become available.