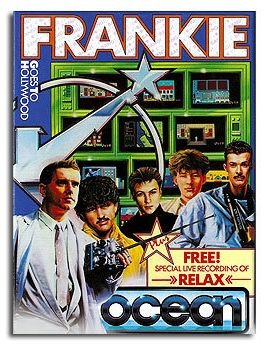 Rolling Stone has created a list of the 50 Best Rock and Roll Videogames Of All Time, leaving gamers around the world stunned by the knowledge that there are actually 50 rock and roll videogames in existence.

As you might expect, a list of the 50 "best" rock games is going to include a certain number of titles that would be more suitable for lists like "50 Best Dumps I've Ever Taken." Some of the games on the list, like the Guitar Hero and Rock Band games, are obvious choices, while others, such as the LucasArts classic Loom, won't have you rocking your face off but are still great examples of how music can be creatively incorporated into videogames. But most of the list is somewhat less noteworthy: Britney's Dance Beat, for instance, or KISS Psycho Circus, which I mention only as an excuse to link to Old Man Murray's review.

How bad is it? The Miracle Piano Teaching System is included on the list and I'm pretty sure it's not even a game, as is the famous 70s memory toy Simon. Why Rolling Stone felt the need to make this a Top 50 list, as opposed to a more practical and realistic Top Five, is beyond me; maybe they just wanted to show off their gamer cred by proving they could actually come up with 50 rock and roll videogames, no matter how tangential the connection may be. Check it out and see if you could do better at rollingstone.com.