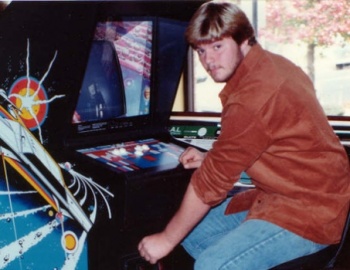 In a marathon session held 26 years ago, a teenager set the highest score ever recorded on the arcade game; the record has yet to be bested to this very day.

81 hours is a hell of a long time to play any videogame without sleep and without stopping for any significant amount of time. It's the length of time then fifteen-year-old Scott Safran of Cherry Hill, NJ, is said to have taken to set the world record in Asteroids.

Safran dropped a quarter into the arcade cabinet on Nov. 13, 1982. Several days later, he broke the previous record held by gamer and actor Leo Daniels with a high score of 41,336,440 points. His high score has lasted for a quarter of a century without being broken, making it the longest lasting videogame high score record.

Sadly, Safran died in 1989 at the age of 21 from falling off a roof. His high score legacy lives on. More recently, Bill Carlton, of Oregon, attempted to beat the record in 2004, but he failed miserably when the arcade cabinet malfunctioned after 27 hours of solid gameplay. His score reached over 15 million points.